A lineup of heavy metal and R&B artists will perform at the 2022 Global Citizen Festival, which will be hosted by Global Citizen Ambassador Priyanka Chopra Jonas.

KAMPALA | NOW THEN DIGITAL — To find out more about the 2022 Global Citizen Festival, read on. This article will give you the Lineup, Co-chairs, and supporters of the campaign. 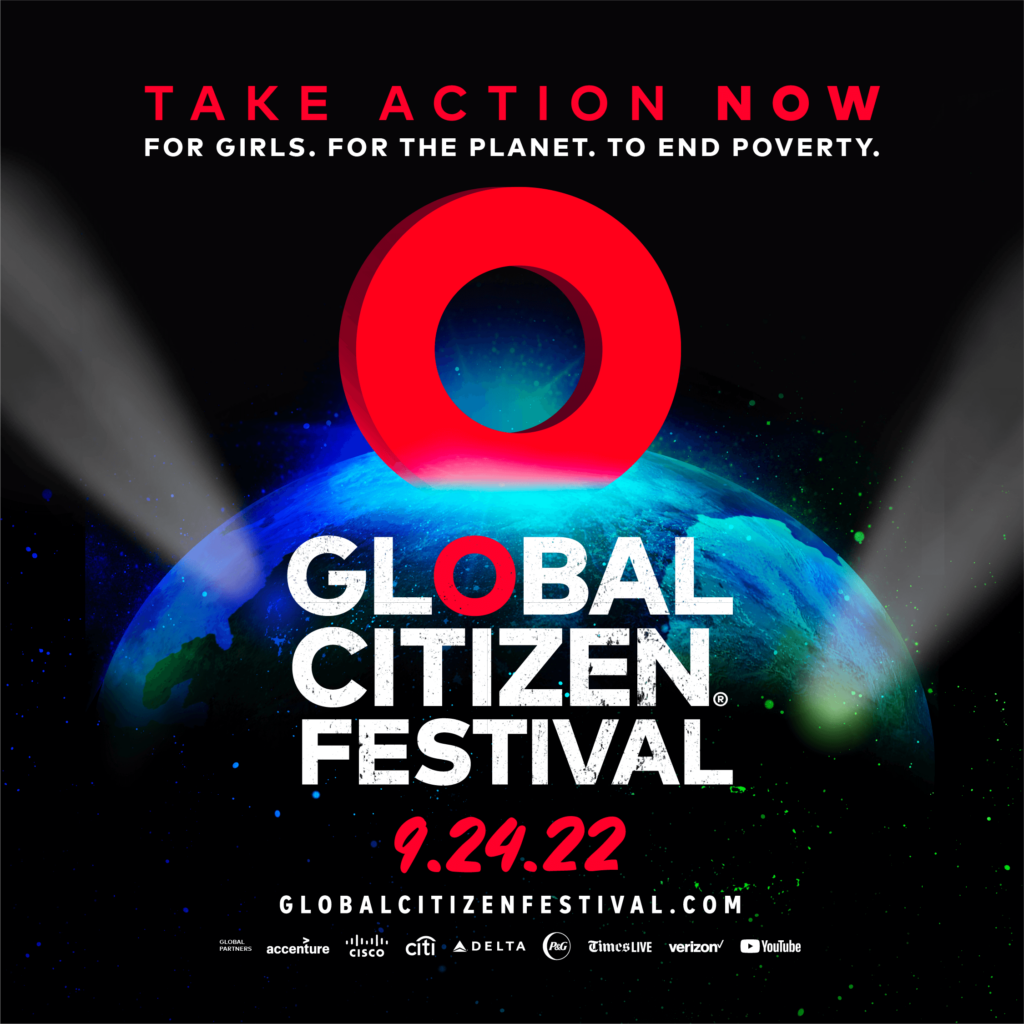 If you are a music fan, you will definitely be interested in watching the Livestream of the 2022 Global Citizen Festival.

The concert is part of the global movement to end extreme poverty and replace corporate branding with charitable causes. The Global Citizen Festival will be broadcasting live from several public venues worldwide.

There will be performances by international artists and celebrities from all over the world, including Nigerian singer Tems, Ghanaian Gyakie, Sarkodie and Stonebwoy.

The Global Citizen Festival is an annual star-studded benefit concert with music from heavy metal, R&B, and more. The festival is sponsored by Cisco, Citi, and Harith General Partners, and the artist lineup is truly incredible.

Among the artists set to perform are Metallica, a heavy metal band formed in 1981 by James Hetfield and drummer Lars Ulrich in Los Angeles. Other featured artists will include Charlie Puth, Jonas Brothers, Måneskin, Mariah Carey, Mickey Guyton and Rosalía.

? Mark your calendars because #GlobalCitizenFestival is BACK! We are once again gathering artists, leaders, changemakers, and Global Citizens from all around the world starting now to take action and lead change. (Thread ?) pic.twitter.com/je9RGP3wUl

The festival is being held to raise awareness about the issues of world poverty, climate finance, and ending world hunger.

This year’s festival will also feature a global call for world leaders to invest in women and girls, solve the climate financing gap, and end extreme poverty.

To purchase tickets to the event, you’ll need to become a member of Global Citizen and take action on one of the campaign issues.

Co-chairs of the campaign

Co-chairs of the 2022 Global Citizens Festival campaign are a diverse group of individuals with a common passion for ending extreme poverty.

They are among the world’s leading corporate and personal sector leaders, who are collaborating to raise awareness and engage the global community in tackling the causes of extreme poverty.

The global event will be held in Accra, Ghana, on Sunday, September 25, and will be televised on ABC, FX, and Hulu. Additionally, it will be streamed on Twitter.

“Ghana is honoured to host this year’s edition of the Global Citizens Festival. I look forward to welcoming each and everyone of you to Accra, capital of the country at the centre of the world. Together, let us join hands and help accelerate progress towards the realization of the SDGs. We owe to the next generation to live in a world free from poverty, disease and the degradation of the environment. The time to help make a change is now. We must align forces to make an impact in Africa, and help end extreme poverty. I have called colleague African leaders to join me in September, and help break these systemic barriers that have been affecting our people. Let us build a strong foundation for future generations.” – H.E. Nana Akufo-Addo, President of Ghana.

“While communities face injustices, crises and inequalities in the world, we simply cannot give up the fight and solidarity to end poverty. We need all voices in calling for a better future for everyone, everywhere. Now is the time for ambitious action. Together, with Global Citizen, we can keep the promise of the Sustainable Development Goals.” — Amina Mohammed, United Nations Deputy Secretary General.

The festival, which is the longest-running global campaign, will unite the voices of millions of citizens to demand that world leaders do something about extreme poverty.

The festival will be broadcast live on ABC, FX, Hulu, TimesLIVE, and iHeartRadio. Supporters can stream the festival online on YouTube and Twitter.

The festival is supported by a coalition of world-leading corporations, foundations, and brands to help end extreme poverty by the year 2022. The coalition is comprised of major companies and brands that have made commitments to fight poverty and promote gender equality.

The coalition includes companies such as World Wide Technology, which has signed the UN’s Race to Zero and Science Based Targets initiatives. Other global citizens and companies that have pledged their support to the festival include Mayor Adams and the World Wide Web.

Announcing the new location for the 2022 Global Citizen Festival, the organizers have also announced the live stream and broadcast networks for the festival. The global organization is urging world leaders to commit to investing in the lives of women and girls around the world.

The campaign has also called for governments to close the $10 billion climate financing gap and provide $500 million to African farmers to respond to the global food crisis.

We hope you enjoyed our article on ‘the 2022 global citizen festival’, and don’t forget to share.

And what’s a celebration without a host? @priyankachopra will be joining the festivities as host of #GlobalCitizenFestival in NYC’s Central Park! pic.twitter.com/vGw65ZVnwn