The Samsung Galaxy A31's video recording abilities are poor, and its main camera's output is noisy and desaturated, and it has difficulty focusing in low light.

KAMPALA | NOW THEN DIGITAL — In this Samsung Galaxy A31 review, we take a closer look at the mid-range smartphone’s 6.4-inch Infinity-U Display, 5,000mAh battery, and Weak chipset, and sub-par video recording capabilities.

As always, we’ll be focusing on pros and cons, as well as our personal impressions. Hopefully, you’ll find the information useful.

Otherwise, you might want to look at other Samsung devices available on nowthendigital.com.

The Samsung Galaxy A31 sports a 6.4-inch Infinity-U display with a dewdrop-style notch. This wide aspect ratio screen houses a 20-megapixel front camera and fingerprint reader embedded right into the display.

The Galaxy A31 packs a 5000mAh battery and supports fast charging through USB Type-C. The swivelling back panel also lets you access the microSD card slot for up to 512GB of additional storage.

The design of the Samsung Galaxy A31 hasn’t changed much from its predecessor, the Galaxy A30.

Its plastic non-removable back is largely covered, and the screen still features a 6.4-inch Infinity-U display.

However, the phone doesn’t feel quite as premium as the A51, A52 and A71. This could be due to the lower-end processor.

The Samsung Galaxy A31 has an impressive 5,000mAh battery, an in-display fingerprint sensor, and 15W fast charging. It comes with 64GB or 128GB of internal storage.

It is dual-SIM and features Android 10 OS and Samsung One UI v2.1. The phone ships internationally and is available from any major cell phone carrier.

Once you’ve purchased the phone, you’ll find the Galaxy A31 unlocked and ready to go.

The Samsung Galaxy A31’s performance when playing games is below par.

Simple games like Temple Run and Clash of Clans run without issue, but games like PUBG and Call of Duty require low settings and a minimum of 720p resolution.

The A31 is still a solid choice if you need a device with good performance but don’t expect it to run high-end games.

One of the key selling points of the Samsung Galaxy A31 is its 5,000mAh battery. It should be enough to get through a whole day of heavy usage.

In fact, the battery should last you up to half a day. The 15W fast charger can charge the battery in 150 minutes. The battery drain test uses a single video looped for 23 hours.

The phone is also capable of fast charging, but the user can’t expect to be able to charge the device in just a few hours.

The Samsung Galaxy A31 has a 5,000mAh battery and supports 15W fast charging. But the battery life isn’t quite as impressive as it could be.

The phone took quite some time to drain, and I was forced to recharge it for over two hours before I could finish my workday. The battery life is good, but it’s not enough to make the A31 stand out from the crowd.

Compared to the Galaxy A50, the 5,000mAh battery on the Galaxy A31 makes it a good budget-friendly option for many consumers.

The display is a solid screen, but it isn’t as vibrant as the Realme 6’s. The camera setup isn’t quite as impressive as the Galaxy A31’s.

The Samsung Galaxy A31 comes with the decent build quality and an impressive display, but it suffers from a weak chipset.

Its processor is also inferior to that of the Galaxy M21, which uses the Exynos 9611 processor. Regardless of this, the Galaxy A31 still performs a little slower than its counterpart.

In addition to its weak chipset, the Samsung Galaxy A31 lacks important features such as Bixby Voice, a screen recorder, and other features.

The phone does, however, receive regular updates to Android and One UI, so you can upgrade to new versions at any time.

The phone also receives security updates every three months. But that’s the only downfall of this phone.

If you don’t mind a slightly slower phone, then it’s worth buying this phone.

The Galaxy A31 has a decent build, but it lacks some features common in phones in this price range, including 4K video recording, EIS, and Night mode.

The Samsung Galaxy A31 also has an average performance on networking, but this is a small price to pay for a decent phone.

The weak chipset isn’t enough to stop you from buying the device – it is a definite drawback. 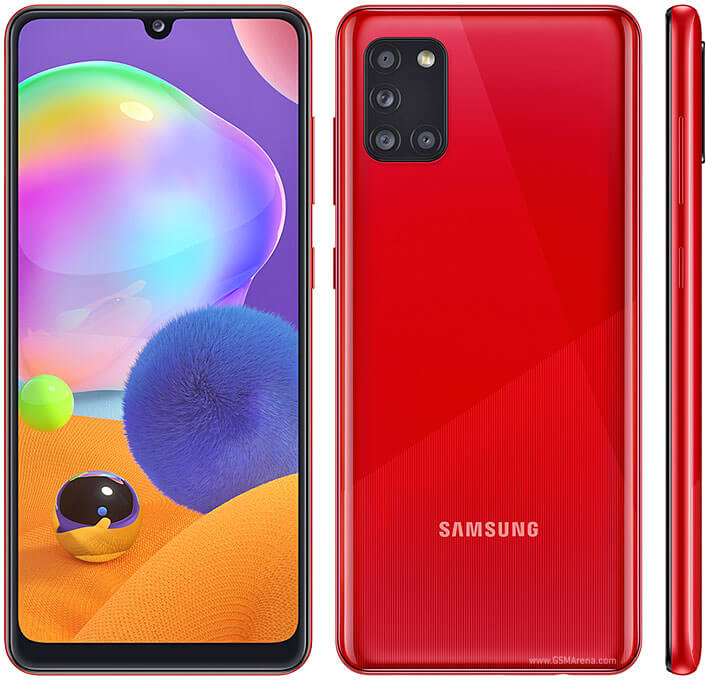 The Samsung Galaxy A31’s video recording capabilities are sub-par. The main camera’s output is noisy and desaturated, and it struggles to focus in dim lighting.

Even with its ultrawide camera, it struggles to capture sharp images in low light.

And while there’s no dedicated Night mode, there’s still a Scene Optimizer that lets you capture video in dark situations.

The depth sensor, meanwhile, is used for portrait shots and low-light photography.

The Samsung Galaxy A31’s video recording capabilities are sub-par compared to other smartphones in this price range.

The camera uses an AVC codec, which encodes video at 17 MB/s, with two-channel 48-kHz AAC audio.

Although Samsung has enabled HEVC (h.265) video compression, it severely reduces the quality of the captured videos. Moreover, videos appear washed out and lack dynamic range and EIS.

While the display and battery life are excellent, video recording capabilities are sub-par. Samsung has a long history of making high-quality phones, but the Galaxy A31 is not a worthy option for serious gamers.

Despite its good specs, it lacks the exciting design that Xiaomi and Realme have managed to nail down. However, the price of the Samsung Galaxy A31 makes it an affordable option for those on a budget.

Although the camera is good, it isn’t up to Samsung’s high-end Galaxy A devices. Instead of using the Exynos chips, Samsung has shifted to a new chip: the MediaTek Helio P65.

This is an octa-core chip with six Cortex-A53 cores running at two GHz. This processor is paired with a Mali-653 GPU.

Moreover, the phone only supports 6GB of RAM and 128GB of slow eMMC 5.1 storage.

It has the same Infinity-U display and slim bezels as its predecessor, but the back panel has been made of plastic instead of metal.

The Samsung Galaxy A31 also has a fingerprint scanner on the back. Its battery is a massive 5000 mAh, making it ideal for long use.

The design of the Galaxy A31 does not look particularly striking, but it does come in a variety of interesting colour options. It also feels premium in the hand, with its slim, lightweight body.

The polycarbonate body feels like metal at times, but there is no flexing. One downside is the back, which attracts fingerprints and scratches.

But overall, the A31 is a good-looking phone.

The Samsung Galaxy A31’s build is largely plastic, with a smooth finish. Its frame has a 3.5mm headphone jack, a chin on the bottom, a speaker grille and a power button.

The phone also has a microSD card slot, so you can add another 512GB if needed. The A31 is not the perfect phone for gaming, but it does offer smooth day-to-day performance.

In its launch, Samsung announced the price of the new Samsung Galaxy A31 smartphone. Known to be the third device from its A-series, Galaxy A31 arrive in India on 24th March 2020.

The front camera is a 20MP selfie shooter, and the device has 4GB of RAM and 64GB of storage.

It also comes with a Mali-G52 MC2 GPU. It also has 4GB/6GB of RAM and 64GB/128GB of internal storage. The device also features a dedicated microSD card slot.

The Samsung Galaxy A31 is a mid-range smartphone with an FHD+ AMOLED display, a 48MP camera, and a 5000 mAh battery.

However, the price of the A31 in Europe may differ. When compared to other smartphones in the same price range, it’s worth bearing in mind the features.