KAMPALA, UGANDA | NOW THEN DIGITAL — In an announcement, officials have indicated that President William Ruto of Kenya will grace the launch of the 28th Uganda International Trade Fair, which will be held at the UMA show grounds in Lugogo, Kampala.

On October 3, the 28th UMA Trade Fair event will begin, and it will run until October 10. 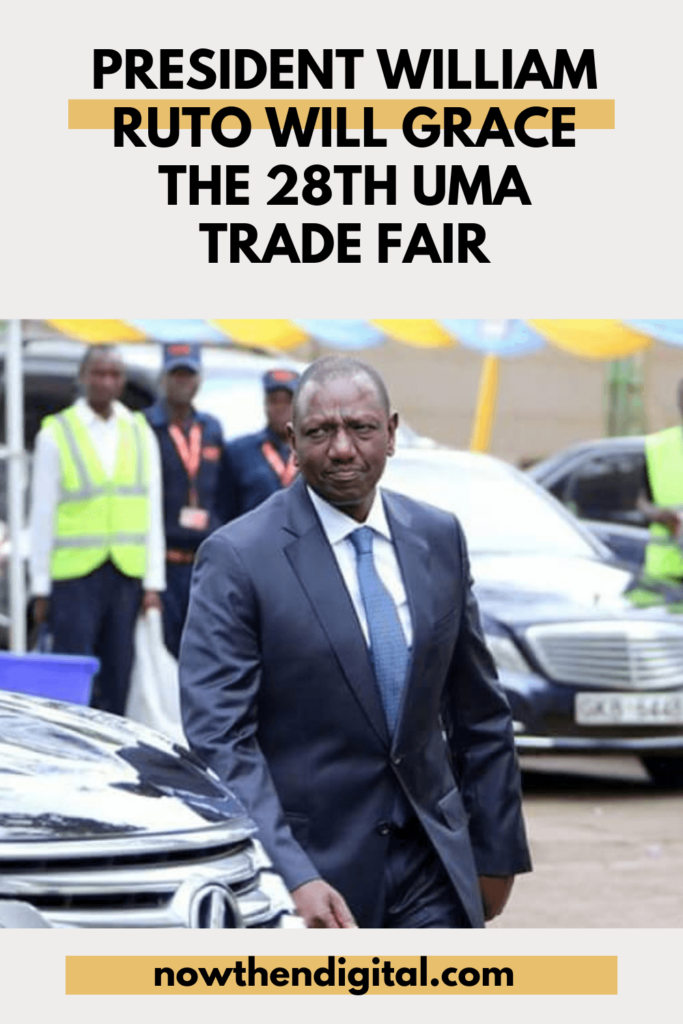 As part of a Memorandum of Understanding (MoU) with platinum sponsors for the 8-day trade fair, UMA executive director Daniel Birungi announced the visit of President William Ruto on Friday, September 16, 2022.

“This time around, the expenditure incorporates hosting presidents and heads of State of different countries who are going to visit the trade fair. At the opening ceremony, we anticipate having His Excellency the President of the Republic of Kenya, Dr William Ruto, to open the event and the closing ceremony will be presided by President Museveni alongside other heads of State,” said Mr Birungi of UMA.

Ruto’s visit comes amid concerns over non-tariff barriers that keep business in the region expensive, with Ugandan exports, such as milk, being blocked from entering Kenyan markets since December 2019.

The UMA Trade Fair officials told Daily Monitor that they invited President William Ruto and over three other East African heads of state to attend. In addition to Yoweri Museveni, the President of Uganda is expected to open and close the trade fair.

A Shs10,000 fee will be charged for each person to attend the trade fair, which will run under the theme: “”Harnessing economic recovery through local sourcing and deepening value chain integration,”.”