The Afrofusion star Damini Ogulu, born Burna Boy, has disputed social media reports indicating that he will perform in Uganda on 25th December at Kololo airstrip.

In a recent social media post, Nigerian Afro-fusion singer Burna Boy has discredited reports that he is to perform in Uganda next month. PHOTO/TWITTER

Nigerian Afro-fusion star Burna Boy, born Damini Ogulu, has rubbished reports that he is scheduled to perform in Uganda on 25th December 2022 at Kololo airstrip.

KAMPALA | NOW THEN DIGITAL — In less than a month following the release of Burna Boy’s sixth full-length album Love, Damini, there are reports that Burna Boy will perform in Uganda at Kololo airstrip on the 25th of December 2022.

Burna Boy, who is known for his song “Love, Damini”, responded to the advertisement on Twitter by saying it is fake and false. He went on to assure fans that he would not be coming to Uganda anytime soon. 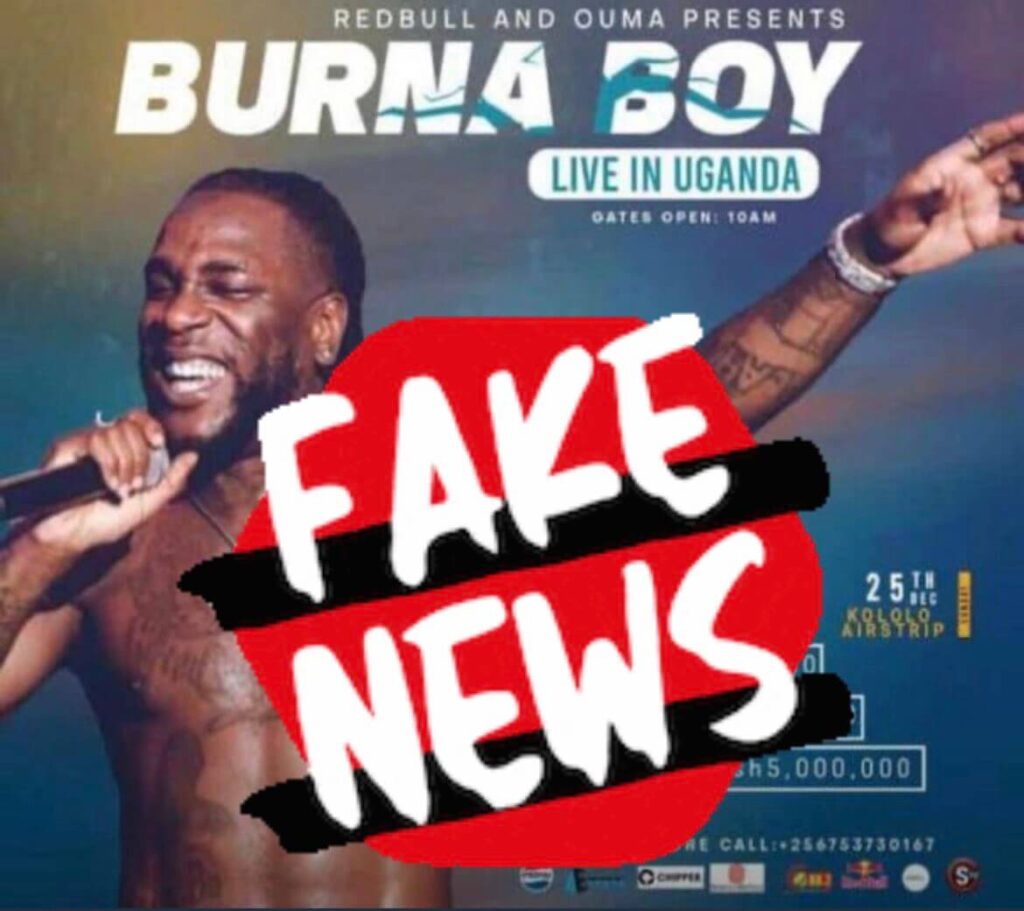 Then later discredited it:

“Uganda my People! Please disregard this show it’s fake and False advertising I won’t be there”, he said.

Uganda ?? my People ! Please disregard this show it’s fake and False advertising I won’t be there.. pic.twitter.com/vNpk4ajPKY

On the event poster, some fans commented that local artists have better quality concert posters than Burna Boy’s, while others said tweeting “I won’t be there” was rather harsh a way to disassociate yourself from the fake news.

"I won't be there" is rather too harsh a way to disassociate yourself from the said fake news.

Better still you would've said 'My Ugandan fans are great people, but I currently have no show scheduled for Uganda. However, I look forward to coming asap.

Fake news of Burna Boy performing at Kololo airstrip on 25th December is coming less than a month after the release of his sixth full-length album, Love, Damini.

Currently, Burna Boy has a busy schedule. He and Jhene Aiko will take the stage this weekend in the 6ix at the KULTURELAND Festival.