A February 2022 ruling by the International Court of Justice ordered Uganda to pay the DRC a total of $325 million in reparations.

An initial payment of $65 million has been made by Uganda to the DRC in restitution following an order by the International Court of Justice that Uganda pay $325 million in reparations to the DRC.

KAMPALA, UGANDA | NOW THEN DIGITAL — In the first installment of war reparations, Uganda pays $65 million to DRC. This follows an order from the International Court of Justice that Uganda must pay $325 million in reparations to DRC in total.

The Uganda People’s Defence Forces (UPDF) invaded and looted the Democratic Republic of the Congo (DRC) between the late 1990s and 2003, incurring damages worth $325m. 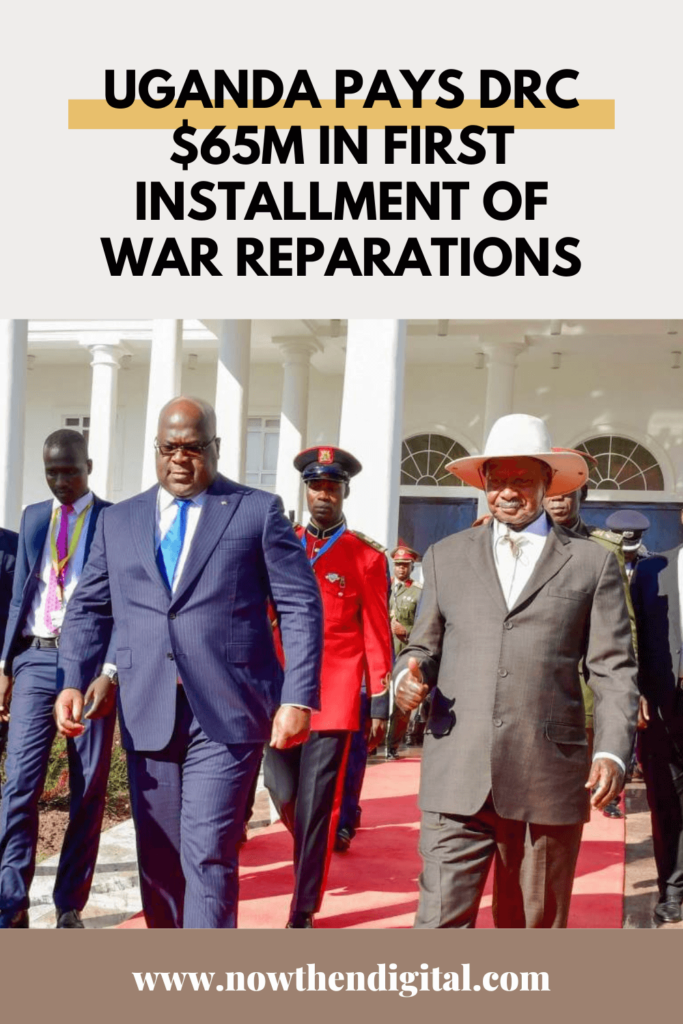 To date, Uganda has paid $65m to the DRC in the first instalment of its reparation payment.

According to the ICJ, these will be paid out over the next five years in installments of $65 million. However, this amount falls far short of the $11 billion Congo has asked for.

The court also rejected the DRC’s request for punitive damages, which are higher than compensatory damages and are awarded to deter future harm to the DRC.

A statement in the judgment of the International Court of Justice stated: “The reparation awarded to the DRC for damage to persons and to property reflects the harm suffered by individuals and communities as a result of Uganda’s breach of its international obligations.”

According to the ruling, Uganda must pay the DRC the sum of $65 million in five annual instalments beginning in September 2022, with 2026 as the deadline for paying war reparations.

The court also stipulated that post-judgment interest will accrue at 6% per year on the overdue amount. However, the payment schedule is a thorny issue for the DRC and Uganda.

“It’s true we have paid $65 million as the first instalment,” Finance Ministry Spokesman Apollo Munghinda confirmed on Monday, adding that the payment was made on September 1.

The Congo’s government confirmed that the first instalment has been received. The order follows a ruling by the United Nations’ highest court in 2022, in which the court ruled that Uganda had violated international law by occupying parts of eastern Congo and supporting armed groups.

While the DRC requested over $11 billion in reparations, Uganda argued that the sum would ruin its economy.

The DRC’s decision to go to court is an encouraging move and should encourage other countries in the region to settle their differences peacefully. It should also serve as a template for peaceful conflict resolution in the future.

This ruling should help deter future military invasions in Africa, and those responsible should be held accountable for violating international laws.

In May 2021, Uganda and the DRC signed a $330 million deal to build roads to the country’s interior. The funds will be used to build more than 200 kilometers of roads in the interior of North Kivu, and link Uganda with the DRC.

This deal will also allow the two countries to address the humanitarian crisis in the DRC. 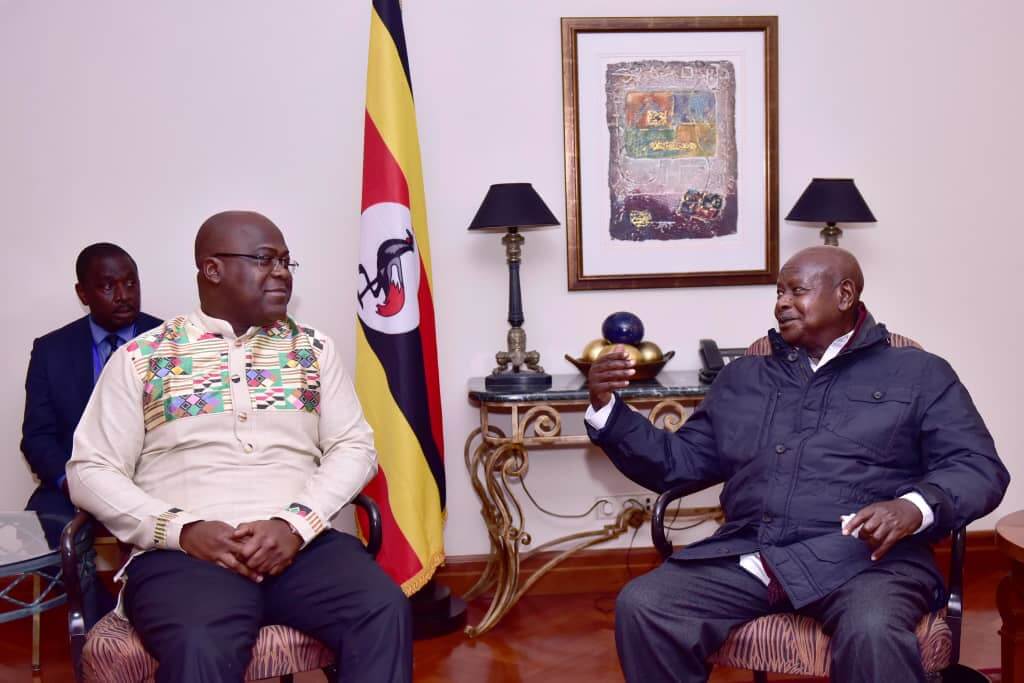 The two countries remain security partners and are actively pursuing the rebels in eastern Congo. The two countries launched airstrikes against the rebel group in November, and Ugandan troops also entered Congo to hunt down the group.

The Allied Democratic Forces (ADF) rebels are blamed for numerous bomb attacks and deadly attacks on civilians in the DRC and in Uganda. Some survivors expressed dismay at Ugandan forces entering the DRC, especially in the Beni and Ituri regions.

Am Wafula Steven, a seasonal writer for Now Then Digital, as well as a teacher, digital marketer, public relations specialist, and blogger known as 'Doc Stevens'.