Lori Harvey and Michael B Jordan: 5 Things to Know About Their Relationship

A source close to Michael B. Jordan and Lori Harvey confirms the couple has split after dating for more than a year and a half.

In March, the model and Creed/Black Panther star were photographed together at the Vanity Fair Oscar Party in Beverly Hills; in May, Harvey was alone at the Cannes Film Festival for a showing of Final Cut (coupez!). When Harvey returned, rumors spread that the pair were in trouble. PHOTO/GETTY IMAGES

In a report published by PEOPLE, a source close to Michael B Jordan and Lori Harvey confirmed that the former couple has officially split after a year and a half of dating.

KAMPALA | NOW THEN DIGITAL — PEOPLE MAGAZINE report that Michael B Jordan and Lori Harvey have reportedly broken up after dating for over a year and a half and a source close to the couple confirmed the news.

Lori Harvey and Michael B. Jordan debuted on the red carpet in March, attending the 2022 Vanity Fair Oscar Party in Beverly Hills together.

In May, Harvey, 25, was reportedly alone at the Cannes film festival (coupez!) and rumors began swirling that their relationship was in trouble.

Meanwhile, speculation is rife about Michael B. Jordan and Lori Harvey’s possible breakup.

Here are the top five questions everyone wants to be answered about the Michael B Jordan and Lori Harvey relationship.

Who is Lori Harvey’s real dad?

While her biological father is unknown, in 2007, her mother married comedian Steve Harvey, who adopted her.

Born in Memphis, Tennessee, and raised in Atlanta, Georgia, Lori Harvey was raised by her mother.

What is Lori Harvey famous for?

Lori Harvey, 24, has carved out a successful career as a model and is also a well-known Instagram influencer.

Harvey has walked the runway for top brands like Dolce & Gabbana and also starred in Pat McGrath Lab’s 2018 beauty campaign.”

Lori has also worked with a number of well-known brands such as Calvin Klein, Chanel, and Versace among others. 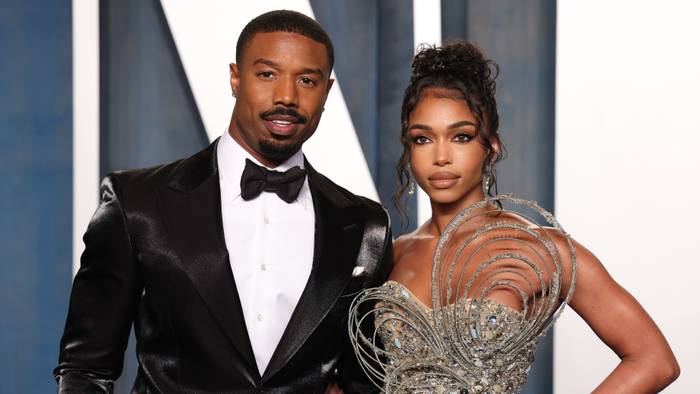 How did Michael B. Jordan meet Lori Harvey?

Lori Harvey told Bustle that she met Michael B. Jordan through mutual friends during an interview that appeared in July 2021.

Is Lori Harvey in a relationship?

Michael B. Jordan and Lori Harvey have consistently stated their love for one another via Instagram ever since they confirmed their relationship in January 2021.

Lori Harvey confirmed her relationship with the Black Panther actor with a pair of tagged Instagram photos.

A source for PEOPLE magazine reports that Michael B Jordan, the 35-year-old actor and Lori Harvey, the 25-year-old model and entrepreneur, have split after dating for a year and a half.

Michael B. Jordan is best known for his roles in the drama Fruitvale Station, in the boxing film Creed, and the film Black Panther in which he plays Erik Killmonger.

According to a source close to the couple, they both feel “completely heartbroken” and that they “still love each other.”

“Michael matured a lot over the course of their relationship and was ready to commit for the long term. He let down his guard with her, opening up emotionally in a romantic relationship for the first time,” the source adds.

“They had great times together and brought out the best in each other.”