Nelson Mandela Statue Is Unveiled at Namboole by Airtel Uganda

To honor the late great Nelson Mandela's major role in bringing South Africa freedom, Airtel unveiled a statue of him at the Mandela National Stadium Grounds.

Airtel unveiled a statue of him at the Mandela National Stadium Grounds.

An Airtel statue of Nelson Mandela has been unveiled at the Mandela National Stadium Grounds as a way of honoring the late for his major role in liberating South Africa.

KAMPALA | NOW THEN DIGITAL  — To honor the late Nelson Mandela for the major role he played in liberating South Africa, Airtel Uganda unveiled a statue of the Great Nelson Mandela at the Mandela National Stadium Grounds.

Airtel’s Head of Brand and Communication, Noella Byuma, said that the company is committed to supporting initiatives and developments that add value to communities. 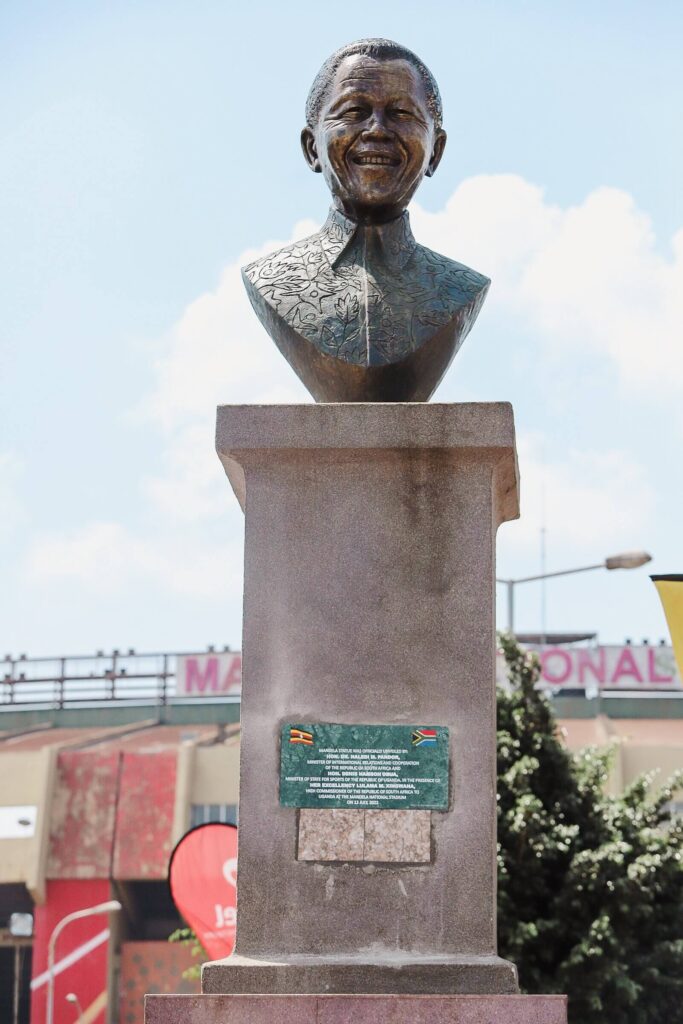 During the signing of the sponsorship agreement with Uganda Cranes and the National Stadium, Byuma said the goal was not only to boost brands, but also to improve infrastructure as well.

“In conclusion, I would like to say Airtel is honoured to have played a small part in working with the various partners here today to honour the memory of an African giant and Hero who truly is the embodiment of excellence,” Byuma said.

Minister of International Relations and Cooperation Grace Naledi Mandisa Pandor, who was also the guest of honour, asked people to dedicate 67 minutes to helping those who cannot help themselves on International Mandela Day.

“It is a great privilege to be here at the unveiling of Tata Mandela’s statue. It is a great honour for Madiba. We thank the cooperations that took part in this event. So, this is a very critical history that we need to learn and use to promote social cohesion on the African Continent,” Naledi said.

“The statue is a footing tribute to the standing relations between Uganda and South Africa. I am told that former President Nelson Mandela once held a Ugandan passport. This explains why Uganda played such an important role in our fight against the apartheid state.”

In his speech, he reiterated the government’s commitment to pan-Africanism, the reason the stadium has been called that since its inception.

“The stadium was named after an African icon saying “ The government believes in the spirit of Pan-Africanism and Nelson Mandela fought for the freedom of the black race. That is why this Stadium is named after him,” Obua said.

Anne Abeja, the Mandela National Stadium’s Board Chairperson, commended Airtel Uganda for sponsoring the construction of this structure.

Here’s how it went down in tweets

Anne Abeja – The Board Chairperson – Mandela National Stadium. "In a special way, I would like to thank Airtel Uganda for sponsoring the construction of this structure. Thank you!"#NelsonMandelaStatue #AirtelCares pic.twitter.com/UDSxWIN9kh

The guest of honour, Grace Naledi, asked people to find 67 minutes off their schedule on International Mandela day to help those who cannot help themselves. pic.twitter.com/hW5ZTP5w67