Tems, Gyakie, Sarkodie and Stonebwoy are among the African artists confirmed to perform at the 2022 Global Citizen Festival at Ghana’s Black Star Square on 24 September and New York’s Central Park on 25 September.

For the Accra showcases, Usher, British-Ghanaian rapper Stormzy, and US R&B artist SZA will join the Afropop acts. 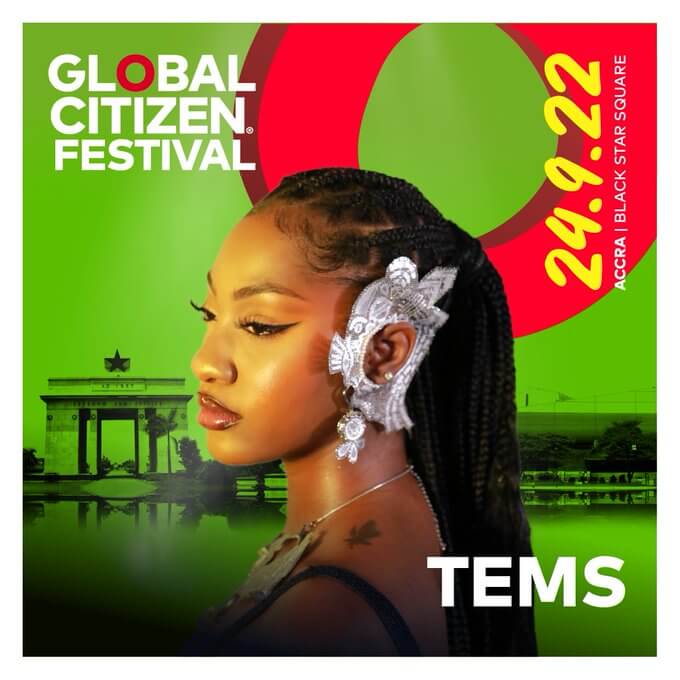 Founded in 2008, Global Citizen is an advocacy organization that aims to end extreme poverty by taking action and making an impact in the world. Among other channels, the concert will be televised and streamed on ABC, ABC News Live, FX, Hulu, iHeartRadio, TimesLIVE, Twitter, and YouTube.

In return for each “action” taken, users earn points that can be redeemed for tickets. An announcement of additional performers and special guests will be made in the near future. Download the Global Citizen app or visit www.globalcitizen.org to participate in its campaigns to earn free tickets to the festivals.

The 2022 Global Citizen Festival is calling on world leaders to invest in women and girls at the United Nations General Assembly, and ahead of the G20 and COP27 in November, to close the $10 billion climate financing gap, and to help African farmers deal with the global food crisis while providing urgent relief from crushing debt to end extreme poverty as part of its campaign.

”The most marginalised populations are paying the price of the stagnant inaction of our leaders, and now millions of lives, and the future of our planet, are at stake. We refuse to just stand by and watch! We refuse to accept the starvation of multitudes when solutions are readily at hand. We demand a secure future for girls everywhere. We demand governments keep their promises on climate funding. We demand relief from debts that unjustly crash economies. And we demand action now, while there’s still time to change our collective trajectory.”

Check out this link for more information about the 2022 Global Citizen Festival.

A theme of the 2022 Global Citizen Festival is ‘End Extreme Poverty NOW’ via @nowthendigital https://t.co/IMlHo9ArQq